The first film I ever saw in a Cinema was Star Wars. My six year old mind being well and truly blown by what I was seeing on the big screen. This was 1997, when George Lucas re-released the original trilogy and tinkered with it for the first of many times. It may have taken a few years to develop, but this as well as when I watched the making of The Lord of the Rings was when I knew that this was something I wanted to be a part of.

Star Wars was the first film I saw in the cinema, but on Thursday 13th June 2013 I got to see a film I had made on a big screen. It only took sixteen years. My film ‘Bliss’ is a short romantic drama and was really a warm up act for the premiere of John Tomkin’s new short ‘A Dark Tale.’ John helped produce Bliss and when he offered the chance for it to be screened I couldn’t really refuse.

The film was made to back up my final year University project, with the rough outline of the story being conceived in summer 2012. The script went through a number of changes before casting began in February 2013. The first (and only) person I met for the role of Bliss was Alice Maguire, which just so happened to be on Valentines Day. It’s funny how things work out sometimes!

The rest of the cast (James Darby, Louisa Wilde, Elisabeth Burnette) were assembled over the coming weeks, including an interesting day spent at a Costa in Covent Garden, where I saw five actors for various roles. It was somewhat like a conveyor belt as just as one left it was straight on to meeting the next one!

Filming took place over four days in arctic weather conditions in Torquay & Paignton during March 2013. I have so many great memories of the shoot…hot chocolates, Scouse accents, an afternoon with Bowie and a-ha, the 4 James’s. I guess you had to be there. Above all though the best thing was getting to work with a ridiculously talented cast, who I’m sure will go on to bigger and better things…though hopefully with me still Directing them some of the time!

The film held up well when being projected on a big screen and despite the film disappearing briefly over the key emotional moment when an advert for the cinema was displayed, the film got a very positive reception. The reference toJohn Tomkins 2012 feature film ‘They’re Coming’  (which I co-composed the music for) was well received, but perhaps the biggest laugh of the night came when James Cotter and James Coard have their ‘moment’, which certainly got people talking.

The screening took place in the Merlin Cinema in Torquay, which was where two scenes in the film where shot. Unfortunately the screening didn’t take place in the same screen the filming happened, which would have made it an even more surreal experience.

I managed to take a few sneaky pictures of the film when it was on, though I didn’t video any of it. The thought did occur to me however that if I did film it, could I have been prosecuted for making a copy of my own film? I doubt it.

As of the date this blog is being written, the film has been entered into three Film Festivals, with further entries being looked into. This is before the film being released online publicly sometime within the next year.

Whilst a few smaller projects are on the go, I’m currently planning my next two ‘long short films’. I’m hoping another screening will be required!

More information on the film and the people involved can be found in the Portfolio section. 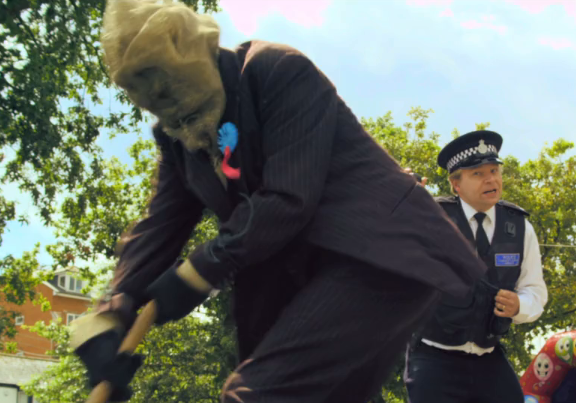